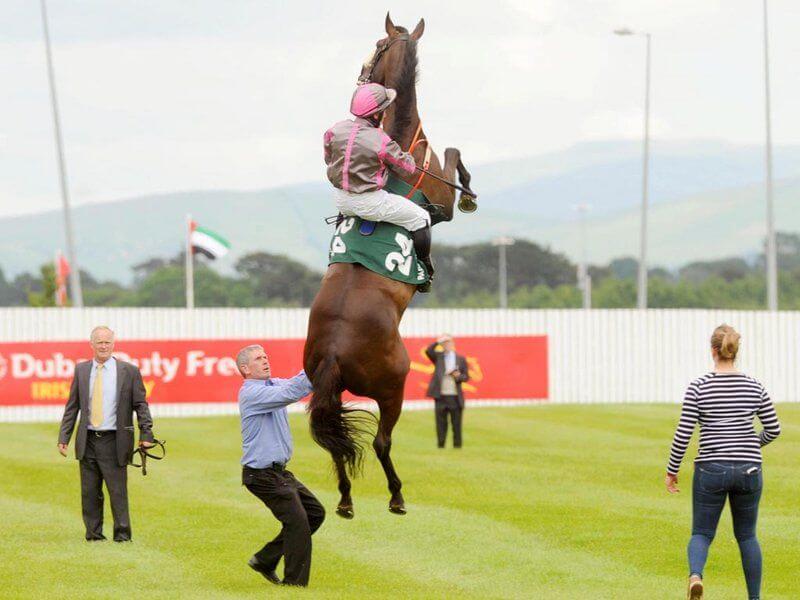 There are certain rules that you have to follow when naming a racehorse. The entire world pretty much follows the same guidelines, but they do leave a bit of room for manoeuvre. For example, the name cannot be longer than 18 characters. Names cannot represent any terrorist organizations.

You also can’t name a horse after a famous person without their permission. The name can allude to that person, but cannot directly name them. Names cannot be too rude, such as Hucking Fell or Pee Ness. Both of these were put to the Australian Jockey Club and disallowed as they were too close to the mark!

There have been some seriously hilarious horse names over the years, however, on many continents. Famous Australian ones include My Tractor Broke, Mouth Wash, Amanda Huggenkiss and Waikikamukau, which is pronounced why kick a moo cow! Of course one of the most famous names which everyone all over the world knows is the unfortunate thoroughbred called AAAAAAAARRRR. He raced against Mywifedoesntknow, and Donttellmywife all in one race which made for interesting punts at horse betting sites.

And so we come to Australia 2016, in which a poor two-year-old dark bay gelding has been named Horsey McHorseface. This is of course a play on the British arctic research ship that was named by Internet poll. Naming something by letting the general public on the World Wide Web choose its name is never a good idea, and thus a multi million pound arctic research ship ended up with the brilliant but rather strange name of Boaty McBoatface.

Horsey is actually quite a good-looking thoroughbred, despite his very unfortunate name. The poor boy was born in New Zealand, and made his debut in Australia coming fourth in a Maiden trial at Rosehill. He doesn’t have a bad pedigree either, with his sire being Nadeem who is a son of Danehill. Many very successful geldings in both Australia and New Zealand have been grandsons of Danehill. He may yet surprise the nation and become the next Black Caviar. As it is, he already has a cult following because of his name, with a Facebook page that people can follow. Horsey is currently being spelled after his brief two year old season, so we will have to wait to see what he will achieve next.

Why the Strange Names?

In the olden days, racehorse names were regal, denoting the power and majesty of a thoroughbred at full flight. These days many of them are just silly. So what happened? Experts say that more and more horses are being owned by first time owners who like the funny names. When they were owned and trained by a particular stable the horses had names that evoked positivity and helped the public to bet on them.

So many different people own modern racehorses, and some of those people buy the horse as a lark simply because of a silly name. Hoof Hearted was a well-known horse, which was bet on regularly, even though he was never particularly fast or had a particularly great pedigree; he was still a punter favourite!