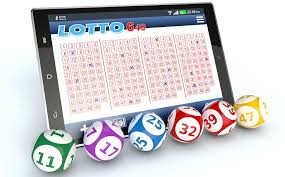 Playing the lottery in Canada has become a weekly ritual to so many Canadians. There are social aspects of lotteries throughout the world, and the contribution that this tax-free form of income makes to thousands of good causes form a social justification for regular play.

Lotteries in Canada contribute to schools, the arts, healthcare, and community programs. And while the odds of actually  hitting the biggest jackpots may be overwhelmingly against players, players of Canada online lottery games can at least be secure in the knowledge that they are contributing to a good cause when they queue up for their tickets at lottery outlet or play lotto online. There is a saying, or meme, that life itself is a lottery, but really a lottery is a just game of chance that involves the drawing of lots for a prize.

The state of lottery play in Canada began as recently as 1970, when the first legal lottery was held in Quebec in the form of the ‘Inter-Loto’. The law had been changed the previous year to legalize lotteries and throughout the 1970s other provinces and regions would introduce their own versions.

Today Canadians have the possibility of joining in two nationwide lotteries, Lotto 6/49 and Lotto Max, games that are operated jointly by the five regional lottery commissions. As modern development kicks in, and internet usage and access become the norm, more and more convenience is being attached to lottery play. British Columbia and Atlantic Canada, now offer the option to purchase lottery tickets online. Canada has led the online lottery drive, and playing the Canada online lottery is becoming all about lotto online, playing from the comfort of your own desktop or hand-held device.

Lotto 6/49 was launched in 1982 and was the first time Canada online lottery could be played with personally selected numbers. Operated by the Interprovincial Lottery Corporation, which is jointly owned by all five regional lottery commissions, such as the Ontario Lottery and Gaming Corporation, 6/49 is probably the most popular of all Canadian lotteries. In the 6/49 lottery, six numbers are drawn from a total of 49, hence the name with a jackpot prize of at least five million dollars, if all six numbers come up. The odds of this are 13 983 816 to 1. The odds of getting struck by lightning are 500 000 to 1, so winning should not be taken for granted.

Lotto Max is the newest Canada online lottery entrant, replacing the Lotto Super 7 in 2009. Similarly, there are 49 numbers to choose from, but this time players must choose seven numbers, which makes the odds of hitting all the numbers even greater, 1 in 28 633 528, to be exact.

In 2004 the Atlantic Lottery Corporation introduced its online lottery, with the introduction of PlaySphere system. In Canada, online lottery, from scratch cards to bingo and fantasy sports games can now be taken advantage of.